Here’s the truth, I struggled writing this post because quite honestly I don’t believe I have ever spoken a word of negativity about Tiffany & Co. When they’ve gone edgier in campaign ads and some have complained I’ve actually liked the twist on their usual ways because I always felt they still represented their classy, timeless legacy.

Like 100,000+ other people I tuned in on Thursday night to experience the Facebook Live event at 9 p.m. The whole time also keeping close tabs on their Instagram stories. I’m a patient person and I put together events for a living so I understand things come up and you can’t always be punctual but with that being said…when you tell people you are going live at 9 p.m. and then only share pictures for 30 minutes clearly you are going to irritate people. The comments varied but perhaps the funniest I saw in the thread was “Hollywood marriages don’t last as long as this.” I was NOT one of the people who made a negative comment because I kept telling myself when they actually went live it would be WORTH THE WAIT.

Fast forward to 9:30 when video from their fifth ave flagship came on my computer screen and enter my disappointment.

The entire live feature was A$AP Ferg the rapper performing. Let me mention I enjoy rap and hip hop music and I’m known to blare it in my car, however, this was not the right move for Tiffany & Co. The songs being performed were full of inappropriate and swear words. I am all about drawing in a younger audience but there are plenty of ways to do that. At the end of the day Tiffany & Co. does have to evolve with the time but they should ALWAYS stay true to their legacy of class! This performance didn’t do that.

I wanted Reed Krakoff to be interviewed live on the feed and talk about the new Paper Flower Collection and what inspired him. I wanted attendee reactions and close ups of models wearing the pieces. I did not want a performance that could be found as quite offensive to some.

This post isn’t all bad, I do love the Moon River remix with Elle Fanning, A$AP Ferg, and Maddie Ziegler. The choreography and graphics are adorable and the tune is catchy. It’s available on Spotify. Here is an article that shares a little more.

I also think the Paper Flower Collection has potential, most pieces aren’t for every day wear. They would be great for cocktail parties and special occasions. You can check out the pieces on their website or at your local Tiffany & Co. A lot of the stores were doing a Breakfast at Tiffany’s or Cocktail hour in honor of the launch.

If you want to learn a little bit more about the behind the scenes of the campaign check this out.

Bottom line, while I was disappointed and expected more from the FB Live event, it won’t stop me from shopping with them and being a cheerleader. This event and campaign is speaking to many. That is what’s so great about the world….we all like different things.

Did you watch the live feed? What are your thoughts? I would love to hear from you.

6 thoughts on “Recap of the Tiffany Blue Takeover”

Starting this morning off with some sparkle, 10 carats of sparkle to be exact! #tiffanyandco #tiffanys #diamonds #luxuryjeweley #tcoboston #tcobostoncopley
A BIG thanks to @m_lagas for this thoughtful ornament for our son Landon! I’m so glad you reached out to me back in 2014! Your kindness and thoughtfulness is greatly appreciated. The #tiffanyandco box is a gift for someone so no reveals yet! #tiffanys #tiffanyblue
When the light hits a #TiffanyAndCo diamond just right 👌🏻 #TiffanyT #Tiffanys #blogger #diamonds 📷 @megan.ashley.photography
Welcoming 2020 with open arms and quickly filling up my #tiffanyandco 2020 planner! Do you have any resolutions or goals for this year? #tiffanyblue #tiffanys 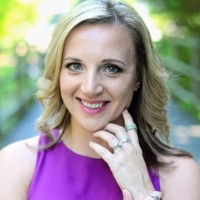